What is a Squeltchin? Nobody is for certain. Nobody is even for certain how their name came about. Obviously it is a rather absurd name for a creature. Yet they say that is the name burned into their brains upon witnessing these nightmarish humanoids. Some people seem to believe they can hear human language in their chaotic voices.

WHERE DID THEY COME FROM?

In the fall 1991, there is record of an anomaly recorded in North America that set everything in motion. Unknown energy sources began to crackle across the world. Invisible to the naked eye, these energy crackles became more powerful and frequent over time. By 1994, they went from once every week or so, to once every five to ten minutes. At some point in this time, more reports of strange occurrences began to surface. Sightings of what people believed to be ghosts, demons, or cryptids popped up all over the world in droves. Additionally, more and more incidents would occur of people who would disappear seemingly without a trace, and in some cases return months to years later in a state of insanity. As these events occurred more frequently, the public became uneasy, and it became impossible for officials and world leaders to ignore. Top scientists and religious figureheads grasped at straws for an explanation. It was theorized that the energy anomalies were an effect caused by friction generated when our world rubbed against the world of the dead. This was believed to be around the time of the first Squeltchin sighting. Because of this, Squeltchin are often believed by witnesses to be some kind of cosmic crow or vulture, cleaning up the leftovers between our realm and whatever lies beyond. Squeltchin are believed to fluctuate between realms, traversing the ever thinning membrane that serves as a barrier between our world and the next. This causes their perception to be warped, as their body could be right in front of us, but their eyes, ears, and mind in a different world altogether. It may seem like sometimes they ignore humans, walking right by them instead of attacking, but in truth it’s because sometimes we simply do not exist to them.

IF YOU ENCOUNTER A SQUELTCHIN

Your best bet is to avoid eye contact with the spot on their heads that would house human eyes and keep your distance. Should they attack you and you have no choice but to defend yourself, they can be killed by virtually any earthly means, albeit they are significantly harder to kill than an average human being.

When I was a kid (5-7 give or take) I remember my grandpa was the first person to really introduce me to computer games. I remember he had that old Windows screen saver of the mouse going through the maze and I was like “Hey grandpa, I wanna play that game!”

“Well that’s not a game, thats a screen saver.” He told me.

This game, “Squeltchin Maze ‘96” is technically my first fully functioning game, and serves as a mechanical demo for some other games I’m working on. I started this project and finished it in approximately 4-5 weeks. If people enjoy this game, I wouldn’t be opposed to making a larger version with better AI, more enemies, more levels, and of course a better, more full story. Because at heart I’m a storyteller. As it stands, I have big dreams for multiple projects, but now at the time of this release I have a trilogy of small to medium sized first person games that all take place in the same universe. Beyond that I have a timeline of 10 games in total I would like to build, each progressively larger and more ambitious than the last. This game serves as an important first step for me, even if it’s not very good or very well done. When it’s all said and done, I hope that you enjoy your experience, and thank you for playing my game.

Neco The Sergal3 years ago

Ah yes! There are four keys in the map no matter what difficulty, you just need four in total to beat the game. So potentially if you pick easy mode where you start with 3 keys, you could end the game with 7. There was more to that at one point, but I kept it simple for the sake of this demo. In retrospect, that can probably be confusing and I apologize. But thank you very much for taking the time to play this game! This was my first complete project in Unreal so it means a lot to me that you took the time to even make a video. 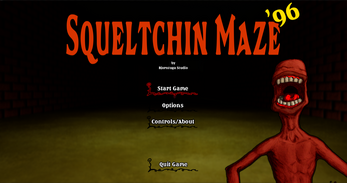 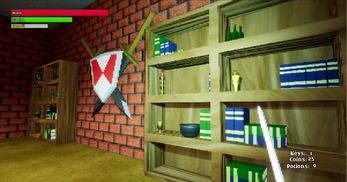 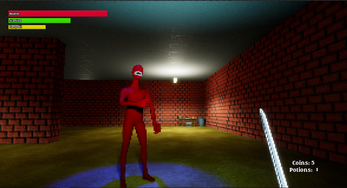